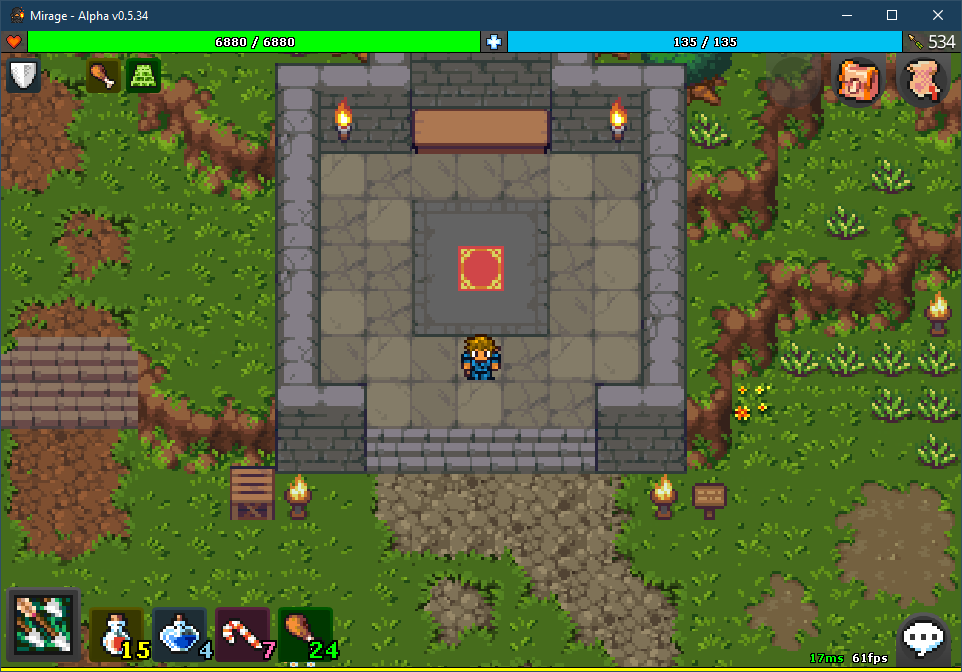 It’s almost Christmas, and even better than that it’s almost January which means I am extremely close to working full time on the project woo! To celebrate all the things and give you a taste of what is to come, I thought it was about time we added some gameplay to this game.

Each class now has a unique spell that unlocks at level 10. Long term there will be many spells and you will be able to have several active at once, but in the spirit of Christmas I set out to see if I could get something working and give you all some new toys. Each class ability uses the elemental power of your weapon, in future this will be reflected on the spell icon but I was on a really tight schedule to get this through for Christmas so that can come later 🙂

There are a few things about the spells I think it is important to be clear about so here are some bullet points to make it easy to understand:

But wait, there’s more! Firstly, a change that not everyone is going to like. This is a change I have been wanting to make for a long time and it will make the game feel a lot more hostile regardless of your level, it will feel familiar to people who have played Tibia.

This means if you have more than 2 monsters auto attacking you, the damage from the 3rd+ monsters will ignore your armour and defence values. This is a balance measure to counter the new AOEs two of the classes have, and also to get rid of the common sight of players in low level areas half afk with 8 monsters attacking them in order to train their skills. I recently played through to level 30 on a character and this annoyed me so much. Here is a full list of changes with this update:

Of course, I am sure some of these changes will be unbalanced so everything is subject to change. Don’t panic 😉

See you all in the new year!