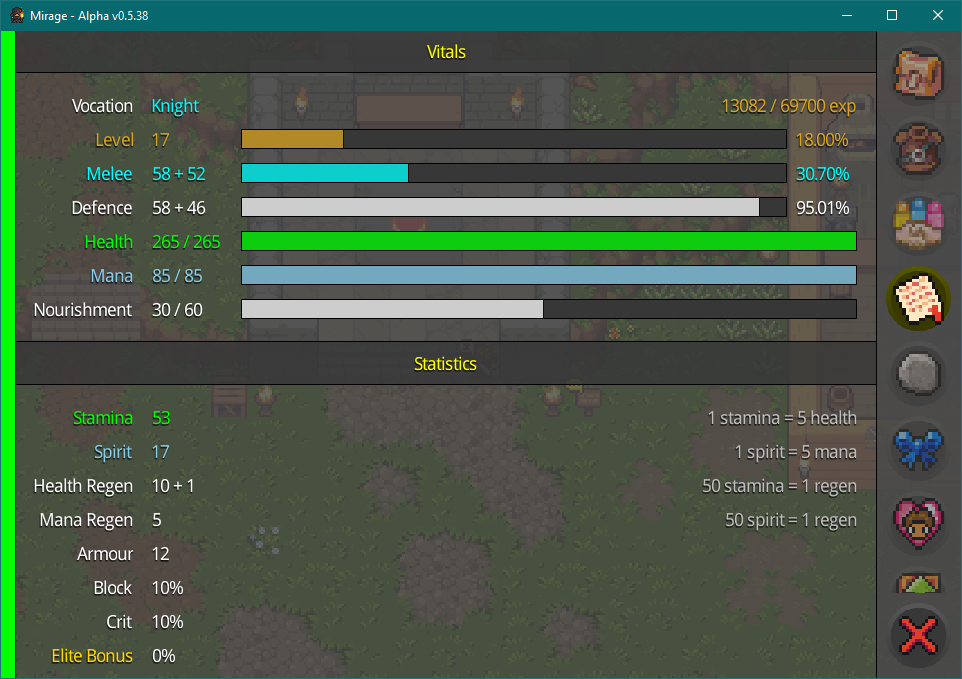 Hello everyone, in this patch I am testing out regeneration buffs based on stamina and spirit.

Any issues keep me updated on the discord 🙂

I feel like I need to explain this change a bit as people are just seeing the smaller EXP number and thinking this is some kind of nerf – it is not. This is a very big buff to the amount of loot people will be getting as drop rates are not changed, and it speeds up the gameplay significantly.

It is quite simple to understand 😛